skip intro, go direct to the alternative
DUALITY
The thing with Jung is that he uses that way of thinking that’s exemplary of the 20th century: duality.
Something is this or that. Red or blue. Warm or hot. Right or Wrong.
Not both. Not a third option. Never parallel things. In the 20th century a non-duality way of thinking was the uncomfortable indecisiveness concerning Schrödinger’s cat. Later on quantum physics and string theory worked with non-duality thinking but they were novel and unsettling. Over all, thinking in the 20th century was pretty much 2D.

Jung’s theory of cognitive functions and the personality types that Myers-Briggs based upon them illustrate this dual way of looking at the world.

Extraversion or Introversion : E or I
Sensing or iNtuition : S or N
Thinking or Feeling : T or F
Judging or Perceiving : J or P

(bold letters are used as shorthand labels to identify the 16 types of personalities such as INFJ or ENTP. With this types you can do battle in the office or determine which career fits you well. Or you can make money trying to explain them to people.)

EIGHT COGNITIVE FUNCTIONS; 16 PERSONALITY TYPES
Everyone can be described into four letters: ESTP, ESFP, ISTJ, ISFJ, ENTP, ENFP, INTJ, INFJ, ESTJ, ENTJ, ISTP, INTP, ESFJ, ENFJ, ISFP or INFP
The first letter of all these types illustrates wether someone prefers to spend time outside or inside their head. The second illustrates how they receive information from the outer world. The third one how they process that and the fourth one with what attitude they approach the outer world. (summarized very bold and crass. Follow some of the links here to really familiarize yourself with the theories and the how specific a lot of these common words are being used)

Let me emphasize that there are no wrong or right types. No preferred approaches. Someone one who has an introverted attitude is not more noble than someone who prefers extraverted fun.

The first function, after the attitude of preferring to live an introverted life or an that of an extravert, determines the bulk of your personality. Let’s say 75%.
The second function, the auxillary, adds another 15%. The rest is added bonus and there are some nice theories about them and how they can help you to become a more whole person.
In reality there are 8 functions, we all have all of them. But the first two make up 90% of who/how you are.

THERE’S MONEY IN PERSONALITY TYPING
All in all, Jung was not very clear what he talked about in detail. This makes for various interpretations and possible extensions of his thoughts. Some clever people have build upon his base of thinking, the Wiki page gives a nice overview.

The most used typing in both career choosing and personal growth is Myers-Briggs.
The added uneasyness I have with Myers-Briggs typing, on top of that 20th century habit of duality- is that it also alternates strictly between extroverted and introverted functions when it sifts through the eight functions for any type.
If your first letter is an I your second letter will be an extroverted function. Your third an i again. Your fourth an e. All the way down to the eighth cognitive function.

WHAT AM I?
My problem was I couldn’t find my type. I didn’t pay a consultant but did online tests and read about it. But couldn’t find the type that rang true to me. Or even to my friends.
I was an INFJ? No, an INTJ? INFP felt good too, except I don’t care much for other people who are needy.

I’m fairly sure I’m an introvert. But after that…

The online tests are not very subtle either. Understandably since they want to give results fast. They do tend to hog together in areas. Most Fe (extraverted Feeling) is interpreted as having other peoples feelings at interest, making them feel in harmony.
I have no interest in that. I do have an interest in harmony, but it’s more global in scope. More sjamanic. That’s another interpretation of Fe. Or isn’t it?

MY ALTERNATIVE: 3×3
After some introspection and researching the basic ideas of Jung I’ve come to the conclusion I work differently than both Jung and Myers-Briggs suggest. Starting with the fact that I don’t live in a world of dualities, where metaphorical coins only have two sides.

I have devised another system and I’ll just blurt it out here, as a conversation topic.
My system works in threes.
Now, I’m by no means convinced that a trio-system offers more freedom or modernity than a dual system… but then, I wás born in the last century and going from 2D to 3D was something of a big thing back then.

It does offer an alternative way of Jung’s thinking (although you can never be sure, the dude was quiet diverse and laid back in his thinking) about how people order their inner world and how they perceive the outer world. This is what I want to share with you and discuss.

A third caveat I want to make is that it thinks about people’s minds in the old fashioned ways of collecting impressions in the outer world and then organizing them in an inner world.
This vision is probably dated in a next century, if it isn’t already. It certainly is when it is explained using temporary techniques: “your mind is like a computer, processing data”. Or, in last century techniques: “it’s like a filing system”. Or “there’s a little man inside your head, a captain of sorts.”

INNER STRUCTURING
MY FIRST QUESTION IS: HOW IS YOUR INNER WORLD STRUCTURED?
What do you find in the little drawers of your mind? What do you thínk?

I think there are three fundamentally different ways people organize their inner thoughts/things/impressions. Everyone can use all three of them but I’m guessing one is prevalent over the others, it’s the one you use automatic.
The three ways are:

We all have all three ways of structuring things inside. But one of these goes automatic. Effortless.

(For me it’s concepts. Everything inside me is connected into a bigger picture. Even my love for my mum and how great the hotrod looked we once had are placed into a construction of meaning. The love for my mum is connected to theories about children and parents; human life on earth; interhuman connections; being a child; dependencies between humans; growth as a mother etc etc. Lots of concepts and constructions and the love for my mum is anchored in all of them, in different ways and with different aspects highlighted. All simultaneously.)
(I am dumbfounded about office politics. I do know about combust engines though.)

GOGGLES TO THE WORLD
MY SECOND QUESTION IS: HOW DO YOU PERCEIVE THE WORLD?
What glasses do you wear through which the outer world comes to you?
What do you séé?

Again, I think there are three ways of seeing things. Again, we all use all three. But one of them is automatic. Effortless.
I propose the existence of the following glasses we wear when we are met by the outside world:

You notice the similarity between the trio from the first question and the last. And you notice I do follow the Jungian idea of an inner world that is structured a certain way and varied ways of perceiving an outer world. He/Myers-Briggs has the third step of interaction with that outer world, manifesting oneself in it, but I have not come that far.

The first trio -the internal organization of the mind- differs from the last trio -the way we see the world- and people don’t often fall in the same categories in both cases. In fact, I think there may be 9 personality types based on this arrangement.

1. There are the people who collect sensory experiences in the world.
They then may structure these experiences data-wise or feelings-wise or concept-wise. (1A,1B,1C)

2. There are other people who assign values to everything they see.
They construct their collection of values either data-wise; feelings-wise or concept-wise. (2A,2B,2C)

(for this group I made a distinction between values that are assigned based upon morals (which I deem to be learnt, acquired) or based upon their bleeding heart (empathic).
I see this distinction in the same way as I see the various “flavours” a sensory-collector has at her disposal: colours; tastes; rollercoaster rides etc.
The concept-seeërs also have distinctive categories such as scale; level of abstraction; social impact; spatial organization; global thing.
It’s just that I found it necessary to specify the moral value assigning. Because I’m an empathic value assigner.)

3. The people who see meaning when they look upon the world may structure their collection of meanings data-wise or feeling-wise or concept-wise. (3A, 3B, 3C))

It will not be often that a data-collector also structures his experiences data-wise. It may just as easily be one of the other two ways of organizing internal gatherings.

AN EXAMPLE TO ILLUSTRATE: A GLASS OF WATER

Here’s a glass of water. Three people look on it, they have three different ways of perceiving the world.

The sentient person sees the glass and notices particular the sparkle on edges of the glass:

Here’s how she might stash that information, depending on which type she is.

A value-giving person sees the glass and assigns a value, let’s say she approves of this glass of water. Both on a moral and on a heart felt basis:

Here’s how she stores that value depending on her nature:

Now the meaning gathering person sees the same glass of water. To her there may be a symbol superimposed on the image: H2O (the chemical notation of water). 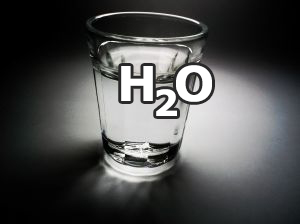 She stores this information depending on her preferred internal structure:

With this I’ve described 9 ways of sorting an impression.

THE THREE DIFFERENT QUESTIONS PEOPLE ASK WHEN THEY WERE THEIR GOGGLES:
Once more I’ll try specify what distinction I make in how people take in the world:
the sensory person asks: “what is it?”
the rating person asks: “how do I feel about it?”
the conceptual person asks: “how is this structured?” (“hoe steekt het in elkaar?” in Dutch)

It’s just the way their glasses work.
They then go on and sort their impression and they can do this in very different ways, unrelated to the glasses they use to see the world.

I’ve got another example, about driving in your car. But for this I have no time left to add clear explanations or drawings. Or even write it out, it is way past my bed time.

I’ll add it soon. In the mean time I’d love to read your thoughts or comments.
Anna