This is a normal colon: 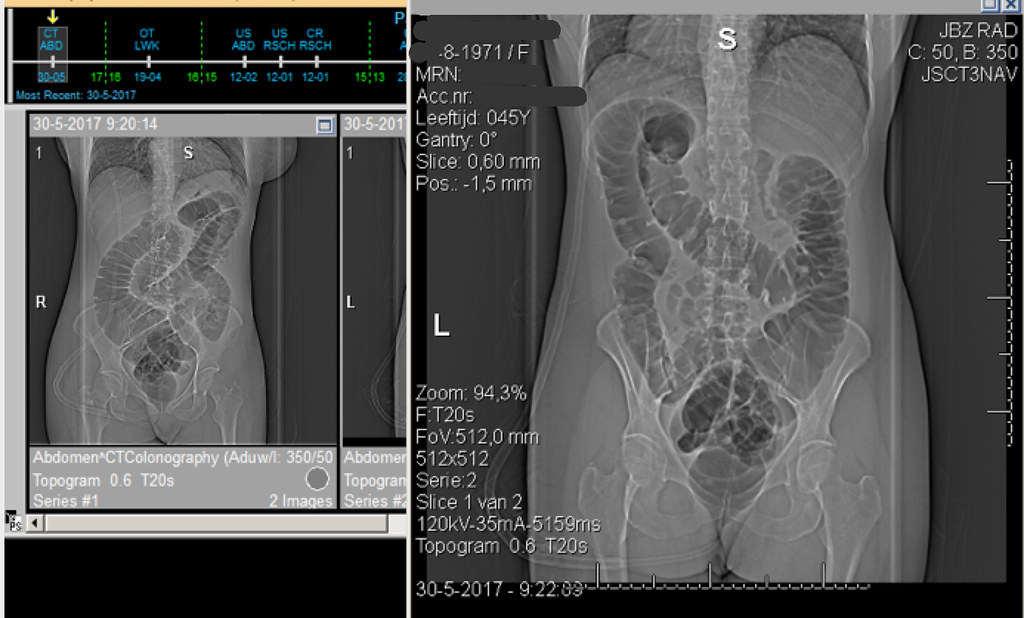 No polyps, no thickness in the walls, reasonable unfolding of all the folds, no restrictions or obstructions, no cancers. Altough its path doesn’t look exactly like the text book examples this is a normal colon.

The doctor will say: “This is normal, there’s nothing wrong with you.”

What he actually means is: “This is within parameters, there’s nothing Very Wrong with you. However we must remind ourselves that this picture does not show its functionality in your normal life, when your colon is filled with food instead of air. But hey, no obvious problems!”

I’m glad that Very Wrong Things are ruled out.

I now look more closely at the picture and I think I can see why the owner of this colon wakes up in a sweat every night. At first I thought the problem was solely at the hepatic flexure. Indeed there is a steep bend, where the colon nearly folds into itself, that’s difficult to manouvre for colon content when the person is lying down. 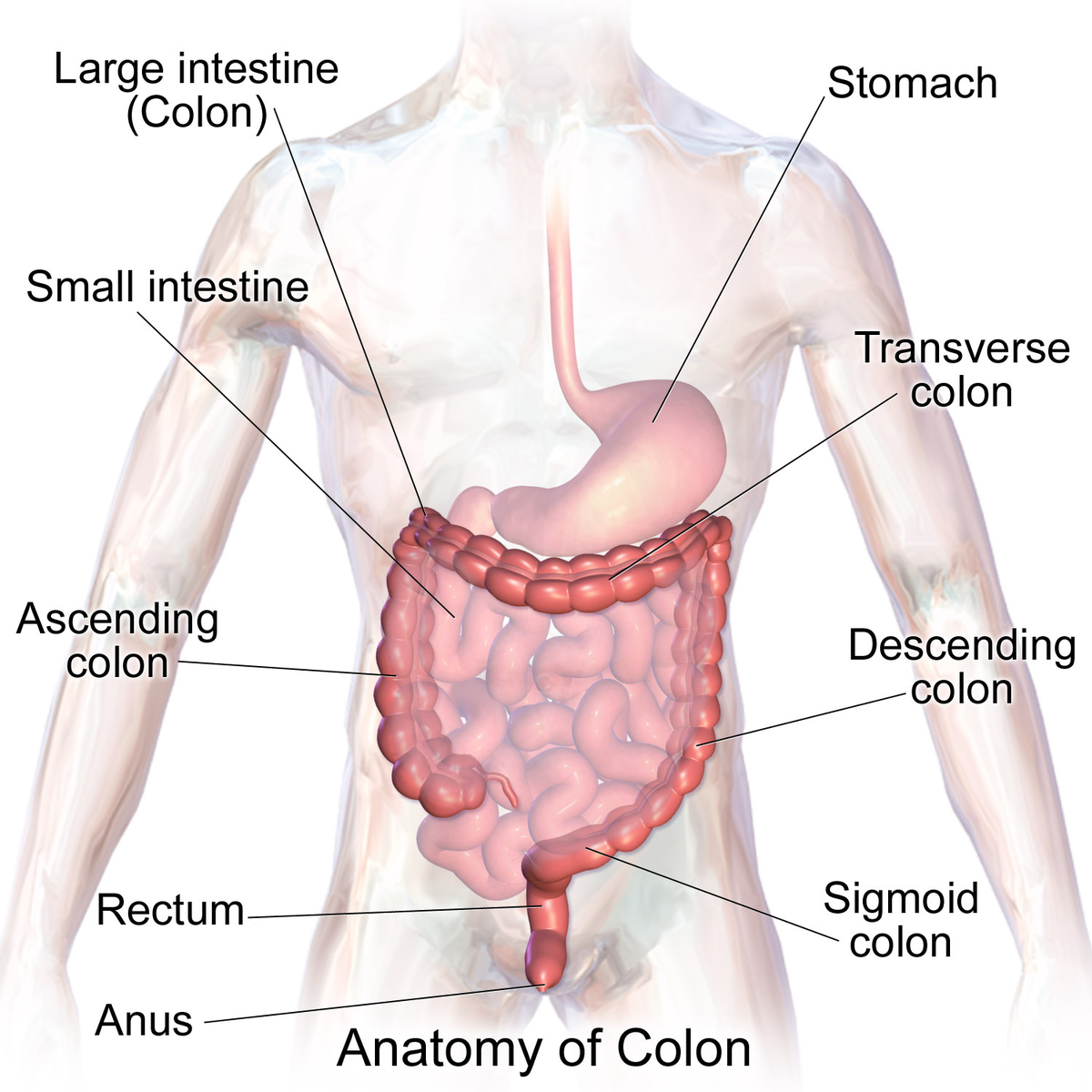 But now that I’ve experimented for a few weeks I can with 80% certainty say that the problem lies at the beginning of the colon, right where it sprouts from the small intestines.

It’s a bit difficult to see but on the smaller scan on the right you see the person lying on her left side and when zooming in you can see how many bends there are in colon section right after the appendix:

I inversed the image for more clarity.

From centre bottom going up diagonally to the right is the ascending colon: the folds stack up onto each other. Imagine food stuff traversing these bends. It will need the torso to be upright and move in various directions to create room to navigate this freely.

this part somehow collapses when lying down. In the first stage of the night food gets processed by the small intestines (average time 4,5 hours) and gets pushed into this part of the colon. Where it gets stuck. The colon swells.

The large motility movement (BMM) comes by every 1,5 hours or so and cannot shift this food. 4,5 hours after the person lied down this accumulates into a stress reaction, waking her up in a sweat. Lower left abdomen tender and swollen.

avoid food to be there in the night. The person has been eating at different times the past few weeks and has been eating different foods too. Avoiding bulk, fibre and gaseous foods (because this is also the part of the colon where bacteria produce gas and gasbubbles easily block a colonic bend or fold). So that’s a low-residue diet plus FODMAP.

The timing has been important too: eat main meals before 2 in the afternoon. Or: “have dinner at noon.”

Drink a lot after 2 o’clock until bed time. Tea, broth. There has been snacking on low fibre things such as chocolates. A walk every evening is important because being upright and moving about ensures the foods in the ascending colon to move upwards.

have been satisfactory. Sleep has been longer than the typical 4,5 hours on more nights than ever before! Wake up is now typically after 6 hours (4,5 hours + one more BMM cycle) and most days in a sweat with a filled ascending colon but not too dramatic. It has been bliss! So much more gets done in a day on a 6 hour sleep than a 4,5 hours sleep. The person has Adrenal Insufficiency and can even lower her Hydrocortisone on those days.

get as many 6 hour nights as possible. Hoping to work towards 7,5 hour night but as of yet no idea how to accomplish that. More movement during the day is one route. Tips welcome.

On days that have dinner-at-noon there is tiredness after dinner. It’s the typical tiredness associated with digestion. After one hour there needs to be lie down for one hour for food to be processed by the duodenum. Resting is important to deal with CFS/ME anyway. Needs rest twice a day.

Protein is needed by 11 o’clock in the morning, especially Choline, which fuels the Parasympathetic Nervous System. Otherwise the person will feel weepy and wired at noon. I’ve got Choline pills and body builders protein powders as a back up.

When B12 vitamin is taken (in mB12 form)  Fosfatidylserine is needed a couple of hours later or pee will smell of ammonia, indicating proteins not being absorbed and used for repairs.

Testosteron is taken twice a week, together with some body builders proteins (l-glucosamine and casein), especially on the morning of a work out (fit20). Feeling very good about it. Strong. Together. Without any of these her muscles will not build. With them the muscles are actively in use when standing or sitting, she’s not merely “hanging off my skeleton” or using fat rolls to lean on. It’s quite a novel feeling and it feels appropriate.

The fibre equivalent of one small clementine is already too much fibre in a day and will cause insomnia. Nuts are being consumed though and but they have to be chew chew chewed.

The colon expert at the hospital said fibre is only needed for colon functionality. If the colon functions (i.e. you have satisfactory bowel movements) than fibre is not needed. Because the problem here is in the ascending colon food has not been dried out yet and hard pellet stools are not an issue. The low fibre diet does not cause very loose stools either. There’s a bowel movement once or twice a day.

I’m amazed at how sensitive the variables are. One clementine, come on!

There is one other thing as important for the sleep as food intake: dust. The bed needs to be changed at least once every fortnight and needs to be vacuumed every third night and sleeping clothes (including hats and scarves) need to be shaken vigorously out of the window every other day.

The last one stumps me. It needs to be both: food and dust. One of the two does not prevent the waking up.

One more detail: the CT colon shows a little bit of food matter left in the steep bend at the Hepatic Flexure. Indicating, because the patient had a very good colon cleaning before the pictures were taking, that this is indeed a second trouble spot in the colon. Food does get stuck here, especially when there’s air trapped. Avoidance of gaseous foods helps with this particular colonic problem. I’ve researched FODMAP and have understood the reasoning behind it (“what do bacteria eat?”). This allowed me to assess potential food items instead of trying to follow the list of this or that person/website. 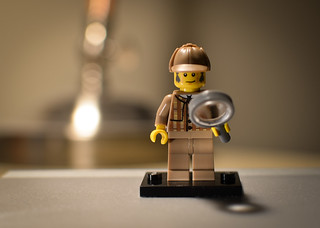 how to energize when a kick in the behind is out of the question. Just a list of tips that work for me. END_OF_DOCUMENT_TOKEN_TO_BE_REPLACED

Pretty crockery is important. You need good moods around you, various ones. And you need small bowls. For health and happiness. Lots of funny little bowls. END_OF_DOCUMENT_TOKEN_TO_BE_REPLACED